This is almost difficult to believe. The stupid fuckers that head the Democrat Party are out to get Donald Trump. Again.

What method will the Democrats be using this time to ‘get that President’? Yes, impeachment! What a fucking joke the Democrats and liberals all over the US are showing themselves to be.

The most amazing thing to me is that the three democrat stooges are still in their government positions. So, Pelosi, Schiff, and Nadler,

How naive and gullible is the American liberal in 2020? Blind to the facts they are. And, wilfully so.

How do liberals not see the damage that the Democrat-led House of Representatives has done to the political system?

During the run up to the nomination in 2016 Donald Trump repeatedly promised to put America to work on the country’s infrastructure. Why have the Democrats been standing in the way of passing any bills allowing the work to begin?

The answer is that the Democrats are too busy hating on the President. Too busy attempting to impeach President Trump in order to remove him from office by way of a political coup d’etat.

There is a reason for this. The Democrats are scrambling to protect Barack Obama and Joe Biden from their upcoming Treason Trial. 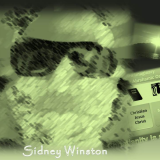 One reply on “Impeaching A President Redux | Here We Go Again”

[…] is that the poster of this video intended it to be a sleight against President Donald Trump. Well, major backfire on that […]